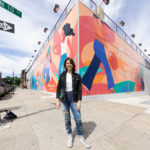 Our graphics feature this month has a different spin … not an installation we printed and installed, but a project we helped with behind the scenes. This month’s featured artist, Emily Eisenhart, came to Dana Burton, our fine art specialist, with a unique request. Madewell, a popular women’s clothing company, had commissioned Eisenhart to design a wall mural announcing one Read More 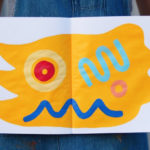 Emily Eisenhart is a multidisciplinary artist and designer based in Austin, Texas. The daughter of an artist and anthropologist, she grew up with a paintbrush in one hand and a field book in the other. She is constantly exploring, and her work is heavily inspired by the textures, patterns, shapes, and natural colors around her. Read More

Austin PBS and Austin City Limits celebrated another successful Hall of Fame inductee event, and the taping will air on December 27th and again on December 31st. Inductees are honored musicians who have played an important role in the ACL tapings’ history.  The performances this year were absolutely stellar! Lyle Lovett with his Large Band Read More 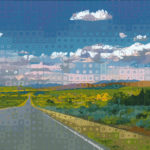 Karen Alexander was raised in San Antonio and in her own words “escaped” as soon as possible to Austin in 1973, to attend UT. She started as an art major but got her degree in Anthropology because of her interest in Primitive Arts. Alexander comes from a long line of women who devoted much of Read More 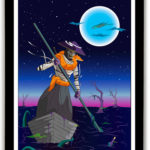 Yesdrik Diaz was born in Puente de Ixtla, a small town in Mexico, and moved to Austin in 1998. Since he has spent most of his life in Austin, he considers himself an Austin native. He loves Austin and thinks of it as a strange yet beautiful bubble that he is fortunate to live in.  Read More