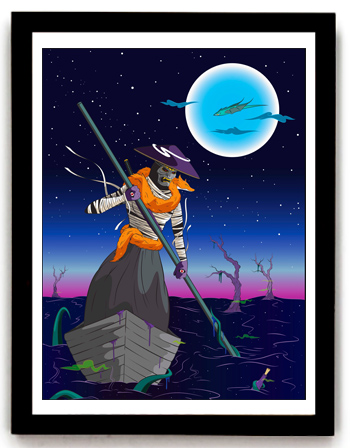 Yesdrik Diaz was born in Puente de Ixtla, a small town in Mexico, and moved to Austin in 1998. Since he has spent most of his life in Austin, he considers himself an Austin native. He loves Austin and thinks of it as a strange yet beautiful bubble that he is fortunate to live in. 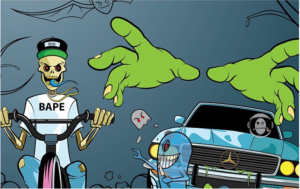 As a kid, Diaz loved art and feels lucky that he was able to keep that curiosity and artistic drive alive. He believes that everyone is born with the curiosity to create, and that along the way of life’s trials and with time passing, most forget about their artistic drive. Diaz likes to create things that he thinks are cool. He creates for himself and if others like it, that’s just a bonus! He practices a variety of mediums including pen, ink, graphite, oil, digital, markers and spray paint. Art is a therapeutic activity for him, and once he taps into the flow of his art, he says that time stops, the world stops, and it’s just him and the canvas. 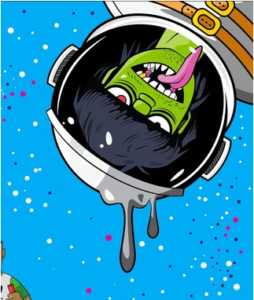 The piece that has been in our office this month, Katsuo, was the first installment in a series which tells the evolving story of Katsuo, a wanderer, who comes across a bottle in a swamp which contains a map to a shrine. The rest of Katsuo’s journey plays out in the remaining pieces of the miniseries. 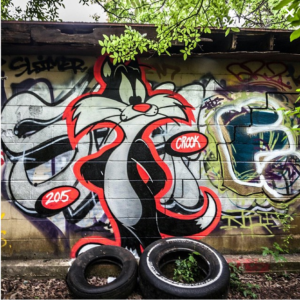