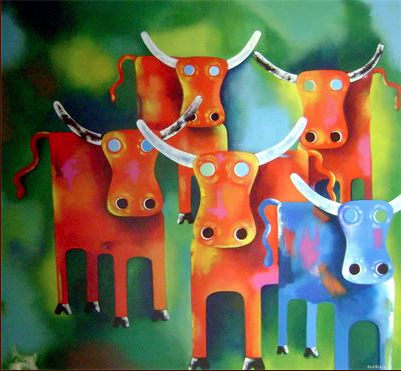 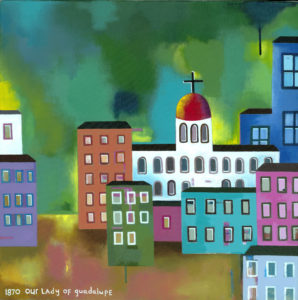 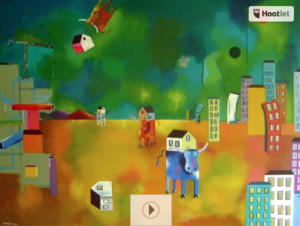 Our Artist of the month for both October AND November is Ethan Azarian. His painting, 1870 Our Lady of Guadalupe, is featured in our East 7th Street location right now.
“I live and work full-time as a visual artist in Austin, Texas. I realized early on in my career that it was important to diversify, be open to and embrace the many different ways there are of making a living from creating art. One way to do this was to create a space to exhibit my paintings, so I turned my house into a gallery and called it the In House Gallery, which existed from 1999 to 2014. In 2015 Blue Cow Studio was born. Blue Cow Studio is both studio and gallery space which we had built in the back yard. My wife Melissa and I exhibit our own work as well as host and curate exhibitions with Texas based artists.
Recently I have been concentrating on large public works of art in the form of murals. Some of these murals have been funded through the City of Austin’s Cultural Arts Division and are collaborations with local elementary and high school students as well as members of the community in Austin. In September 2016 I was invited to Angers, France to create a large outdoor mural with art students at Ecole Supérieure des Beaux Arts. Through these community arts projects (both locally and internationally) I realized just how much I enjoy and am inspired by working with fellow artists and members of the community. I enjoy sharing my artistic process as well as connecting with communities I am working with.
In addition I exhibit my paintings in galleries, cafes, libraries and schools. I have permanent works on display at the Robert B. Green Clinic and the University Hospital in San Antonio, Texas as well as the Wilton Mall in Saratoga Springs, New York. “
Contact Ethan
512-271-1997