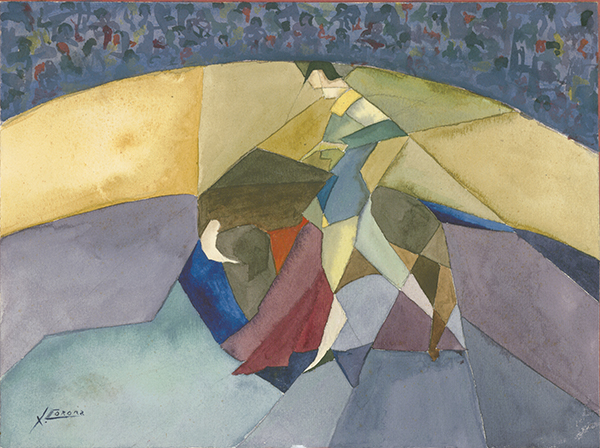 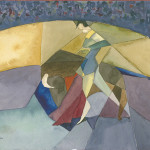 This month, we are pleased to feature the artwork of Javier G. Corona, the founder of another multi-generational Austin business. Javier and his wife, Amelia, founded Austin’s beloved Las Palomas Restaurant in 1983. He was a sensitive and talented artist; he painted, wrote poetry, composed music, played the guitar and designed his family’s homes in both Mexico City and Austin.

Born in 1927 in Mexico City, he studied accounting, advertising, and art at universities in Mexico City and New York City. After graduation, he spent three years in Canada, working for the Mexican consulate in Montreal, then moved back to Mexico, where he worked for the American Embassy in Mexico City for 28 years in the office of the cultural attaché, responsible for promoting American music, dance, and visual arts and traveled extensively. Upon retirement, the American government honored him with permanent U.S. resident visas for his family and they chose Austin as their new home.

Javier passed away in 2003, and his daughter MariCarmen Corona Dale now runs the restaurant. Some of Javier’s paintings may be seen at Las Palomas, including many painted during his Abstract Impressionism phase, such as “El Torero” featured here. He is remembered as an exceptional husband, father, son, brother, grandfather, friend, artist and – always – a gentleman.