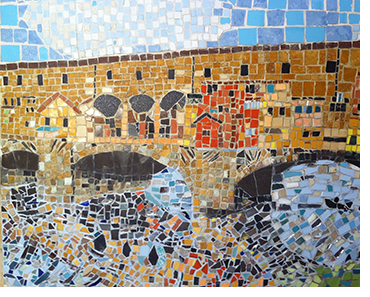 Hanna C. McGinnis is the great grand daughter of John D. Miller who founded Miller Blue Print in 1920; she is the daughter of Cate Miller and Mike McGinnis. Hanna graduated from St. Stephen’s High School in 2011 and completed her undergraduate degree in Medieval Studies at Pomona College in Claremont, California.

Hanna then went on to study food design and translation in Italy, working for three years as a translator and content editor in Milan. She then received her Masters in Medieval History from the University of Oxford. 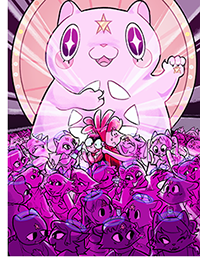 She is currently a first-year student at Stanford Law School. Hanna has a longtime love for ceramics, mosaics, and sculpture, and her art studies include the Art Institute of Chicago summer program, mosaic studies in Italy, and many summer classes at Laguna Gloria, where she also volunteered as a teacher’s aide. 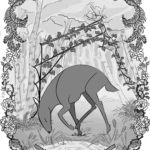 Margaret Hoover is also the great-granddaughter of John D. Miller, and daughter of Ida Miller and Nick Hoover. Margaret studied art at Katherine Anne Porter School in Wimberley and graduated from San Marcos High School. Margaret now attends California College of the Arts in San Francisco where she is studying illustration. 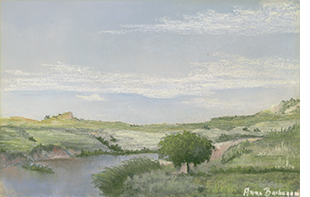 Anna Buchanan Miller, wife of Robert Miller, graduated from the University of Texas at Austin in 1946 from the Plan II program. While not directly employed in the business, she supported Robert and all Miller Blueprint ventures for decades. In her youth, Anna studied art with Frank Reaugh, a renowned western painter. Anna considered herself fortunate to be chosen to assist Mr. Reaugh and his students on his West Texas summer sketch trips, allowing her to study art and travel during the Depression.